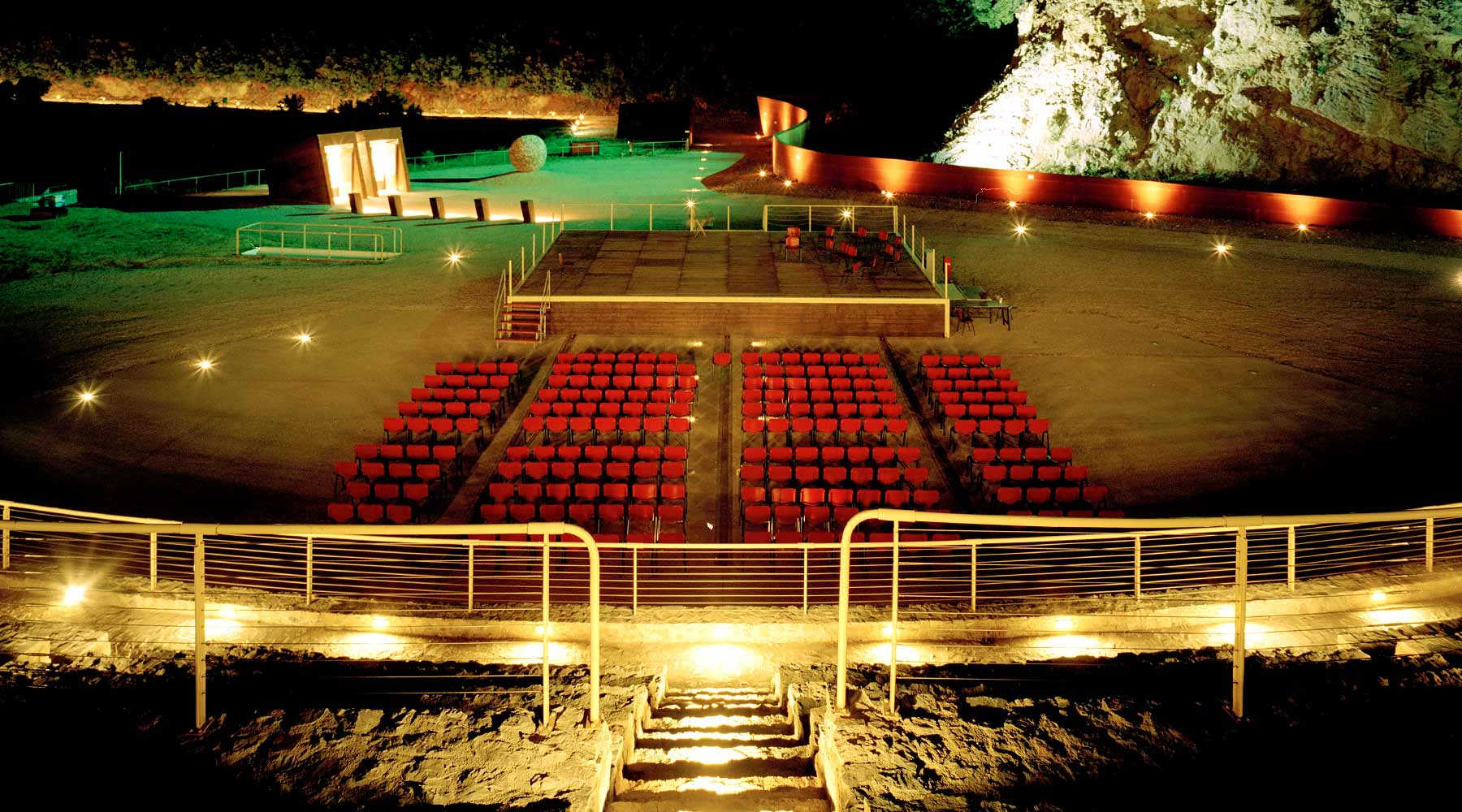 The Teatro delle Rocce in Gavorrano, in the province of Grosseto, is a symbol and also one of the seven gates of the Colline Metallifere National Park.

In the heart of the Tuscan Maremma, the theatre was carved out of an old quarry, giving life to a unique cultural space with a charming and magical feel.

Since 2003 it has hosted theatrical performances, concerts, dance shows, conferences, art exhibitions and many other important events. It is a place for meeting and culture which evokes the style of an ancient Greek amphitheatre, and was designed to be an integral part of the quarry.

The steps housing the viewers’ seats have been designed to blend in with the rocky wall in a unique and suggestive manner. In particular, the right side has been developed in such a way as to protect the suggestive views of the historical centre of Gavorrano and the valley below.
This summer, the Rocce theatre will reopen its doors with five fantastic appointments. From 7th – 16th August 2022, performances will be held by several of the general public’s most loved artists.

The show entitled “Omaggio a Morricone” (Homage to Morricone) will open the exhibition, a not-to-be-missed and captivating journey through the art of one of the greatest composers of the 20th century: Master Ennio Morricone. At the piano, Master Andrea Albertini accompanied by the “Voice of Morricone throughout the World”, Susanna Rigacci.

A concert by Ermal Meta will follow on 8th August, and the One-man show by Andrea Pucci on the 13th August. The must-see comedy “Riunione di Famiglia” (Family Reunion) with Katia Ricciarelli and Pino Quartullo, accompanied on stage by Claudio Insegno and Nadia Rinaldi, is scheduled for 14th August. And lastly, the beloved Max Gazze’s concert will be held on 16th August.

The 2022 edition, thanks to the professionalism of the Leg, will therefore offer new adventures and new emotions, precious evenings that will transport us into the sphere of Art, where time stands still and the only thing that really matters is what happens on stage.

10 best wineries to visit in Tuscany